The act is named after its sponsors, James J. Davis, a Republican Senator from Pennsylvania and a former Secretary of Labor under three presidents, and Representative Robert L. Bacon another Republican from Long Island, New York. The Davis-Bacon act was passed by Congress and signed into law by President Herbert Hoover on March 3, 1931.

Prevailing wage laws have been the focus of public policy debate at the federal and state levels for decades. They are intended to protect workers and communities by ensuring that contractors compete on the ability to perform work competently and efficiently while maintaining community compensation standards.

Prevailing wage laws require that construction workers on public projects be paid the wages and benefits that are found to be “prevailing” for similar work in or near the locality in which the construction project is to be performed. The federal Davis-Bacon Act is enforced by the federal Department of Labor. It requires that private contractors pay construction workers the prevailing wage/benefit package on all contracts of more than $2,000 for construction, alteration, or repair of federal public buildings or public works. The federal law surveys contractors but contractors are not required to respond to the survey.

Oregon enacted its prevailing wage law in 1959 and then-governor Mark Hatfield signed it into law. It requires that prevailing wages be paid on projects that exceed $25,000 ($50,000 as of 1/1/006).  Under state law, the commissioner of the Bureau of Labor and Industries enforces the state law and sets prevailing wage rates twice a year based upon a survey contractors in Oregon are required to complete.

The state law has been challenged several times, but in the last attempt, in 1994, 62 percent of Oregon voters favored retaining the law including a majority in each of Oregon’s 32 counties. The state Legislature has made changes to Oregon’s law several times. In 1989, the Legislature clarified the law’s definition of public works revising the threshold test by adding the phrase “contracted for by”. The first prong of the test now is whether the construction work is .“carried on or contracted for by any public agency to serve the public interest.” In addition, the 1995 Oregon Legislature reaffirmed the goals of the prevailing wage law and instituted the state survey in lieu of relying upon the federal survey. In the just completed 2005 session, legislators passed SB 477, which among other changes, raised the threshold for projects qualifying under the law from $25,000 to $50,000.

Many still argue that the economic hardships of the depression era ushered in the federal Davis-Bacon Act, but others argue it was the desire of states and local government to protect itself against fly-by-night, low-wage construction firms winning bids on public contracts and adversely impacting local construction workers. In the early 1930s, federal and state governments were preparing to construct even more large public projects and they sought to protect themselves from falling contractors who performed “shoddy” work with “exploited,” “low-skilled” and an “imported” workforce.

Interestingly enough, those were not the words of labor advocates, but of the bill’s primary sponsors, Congressman Robert Bacon (R-NY) and Senator James Davis (R-PA), who viewed their bill not so much as a means to protect workers, but more as a way of providing some market stability in what was, and still is, an inherently unstable construction industry.

Bacon, a former banker, explained the need for the law when he detailed for his legislative colleagues how an out-of-state construction firm paying extremely low wages transported thousands of unskilled workers hundreds of miles to toil on a public project in New York:

“They were herded onto this job, they were housed in shacks, they were paid a very low wage, and … it seems to me that the federal government should not engage in construction work in any state and undermine the labor conditions and the labor wages paid in that state.”

Davis, the former Secretary of Labor under Presidents Harding, Coolidge and Hoover, went on to argue that “the least the Federal Government can do is comply with the local standards of wages and labor prevailing in the locality where the building construction is to take place.”

Some critics of prevailing wage laws have tried to place a “racist” label upon the original passage of the Davis-Bacon Act in 1931. While some may have had some intent to keep poor black construction workers from moving north to work, others saw it for what it still represents today – a way to assure that public money is not spent by hiring employers who pay low wages and disrupt the wage scale in other communities.

However, some critics still charge that the prevailing wage rate law continues to discriminate against minority and female contractors.  In response to a May 22, 1992 Wall Street Journal making such accusations, Rep. Edolphus Towns rose on U.S. House floor on June 24, 1992 in rebuttal:

“The truth is, minority and female workers have entered the construction industry in increasing numbers over the past fifteen years.  Because they are often the newest members of the industry, they are particularly vulnerable to wage-cutting practices the Davis-Bacon Act is designed to prohibit. Norman Hill, president of the A. Philip Randolph Institute, has characterized women and minority workers as `particularly vulnerable to exploitation such as the Davis-Bacon Act of 1931 is designed to prohibit.’”

Since the U.S. Constitution prohibits the federal government from dictating contract terms for the states in construction, the Davis-Bacon Act does not cover construction work funded entirely by state and local governments. State prevailing wage laws set a minimum pay for construction workers on state and local projects, and the terms of the respective prevailing wage statutes among the states differ substantially.  The prevailing wage laws of some states are non-binding, while other states set wages for virtually all contracts at the collectively bargained wage rate.  In addition, different states treat jointly financed projects (e.g. state/federal, local/federal, private/public) differently. Some states defer to the federal statute while other states set the prevailing wage at the higher of the state or federal prevailing wage. Certain states also specifically include or exclude specific types of projects (e.g. road construction) and/or workers, and/or projects above or below a given threshold.

For more information on the Davis-Bacon Act, consult this article on Wikipedia.

As of the date of this article: 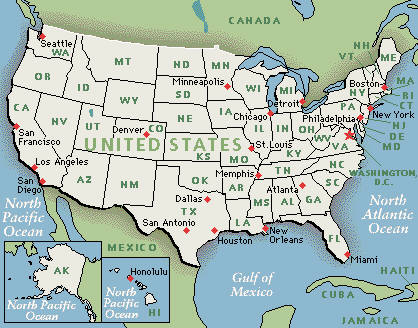 One thought on “The History of Prevailing Wage”